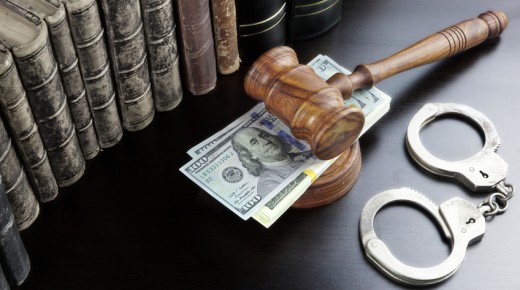 Each year, approximately 450,000 Americans are held in jail every day because they don’t have enough money to bond out. It’s been called a “wealth-based detention scheme.” Many have had enough of this unfair system which detains poor folks even for non violent misdemeanor offenses. Many judges often set bail that they know people cannot afford as a way to keep them incarcerated. Former attorney general Eric Holder has chosen to support the cause. He believes the pretrial detention system is unconstitutional. He recently argued that judges must set bail that people can actually afford, while continuing to deny bail for those who are a danger to the community and/or a flight risk. While Holder’s focus is primarily on Maryland criminal courts, the problem exists throughout the criminal system in almost every U.S. city.

A 2014 state commission alleged that two-thirds of the inmate population is made up of pretrial detainees. 68 percent of those were stuck in jail solely because they couldn’t afford to pay for their bail. By singling out poor people and engaging in this practice, judges are violating the 14th Amendment’s due process and equal protection clauses.

One potential solution is to require judges who are engaged in this unconstitutional practice to set bail bonds based on the individual’s ability to pay. This isn’t something novel. That’s what good and fair judges do every day. Further, those judges who are punishing the poor need to be reminded that bail is not supposed to be used to punish the accused. The purpose is solely to provide the accused an incentive to show up to court when his/her case is set in the future. I like what Colorado and New Jersey have done, moving to focus on the perceived risk of flight and potential danger posed as opposed to ability to pay as sole factors to consider when determining bond amounts. I wouldn’t be opposed to what New Mexico is trying to achieve, which would be to make it unlawful for judges to knowingly impose bail amounts that they know poor people cannot afford.

Also, another move that seems to work very effectively here in South Florida is to release more defendants without having to post a bond. Instead, they get released to “Pre-Trial Services,” and are monitored closely, having to report as directed. While this program has done irreparable harm to most bail bondsmen, I believe it has resulted in fewer violations of the constitution. Ultimately, this program saves the taxpayer millions of dollars required to jail and care for non violent minor offenders.

One other potential solution would be for judges to rely more on electronic monitoring in lieu of requiring a bail bond to be posted.

While the bail bond system generally works effectively, there are too many constitutional violations occurring every day, in almost all cities. Treating the accused differently solely based upon their net worth (or lack there of) is fundamentally unfair and contrary to what the founding fathers intended for our justice system.